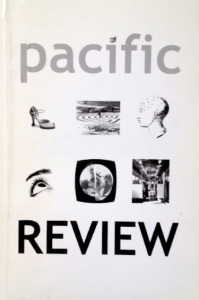 Antonija Glavasevic needs new shoes. So does Vesna Kojic, her friend and neighbor of many years, who sits in the armchair next to her. It’s teatime, and the television is on. Vesna stares at it and drinks her tea. She sits on the edge of her chair.

Antonija rests her head against the round white cloth on the chair back and closes her eyes. She eases off her shoes. On the left one, half the sole is gone. She covered the hole with a scrap of cardboard, an idea she got from a television ad for beer. She likes the ad. She thinks about it all the time.

It begins with a mother, trudging along the dark cobbled streets of an ancient town. She’s clearly a peasant, square and weathered, just like Antonija and Vesna. She has a hole in her old leather shoe, and she stops at a shoe shop to look in the window. The shoes that catch her eye are red shoes. High-heeled strappy shoes. Her son happens by and sees her standing there. She doesn’t see him. She’s lost in a dream. He’s a grown man, a handsome man, a boy to be proud of. He loves his mother, anyone can see that. Without a word, he sets to work to buy her the shoes. He mends roofs, pitches bales, and earns the purchase price. He buys the shoes and arranges to meet his mother at the corner café. As he waits, he’s suddenly thirsty. He wants a beer, and not just any beer, he wants the expensive one.

The bubbles rise in his glass. They effervesce, so beautiful.

The mother arrives and sits across from her son. He asks for her shoe, and she gives it to him, like the girl in the fairy tale. He takes the coaster from his beer and covers the hole in her shoe. She beams at her son. She couldn’t love him more. The waitress comes to take away the empty glass. She wears red shoes. High-heeled strappy shoes.

Vesna clatters her cup in her saucer. “The BBC is here again,” she says. She shifts in her chair. She can’t sit still.

Antonija is silent. The BBC came first in 1992. They wanted to film the excavation. Then the work stopped. It was dangerous for them to stay.

Antonija heaves a sigh and opens her eyes. “That’s good,” she says again, and wiggles her toes against the stiff brown rug.

Valerija has built a shrine,” Vesna says. “They filmed it.”

Antonija closes her eyes again and touches the crucifix she wears. So many have lost their faith in exactly that way.

Vesna sits up straight. Antonija feels the movement and glances at Vesna, who stares indignantly at the television A travel show is on and a thin blonde woman is standing in front of the waterfall. “Who plans this programming?” Vesna demands.

Antonija has to smile. “I filled the bathtub this morning,” she says. “The water came on at four o’clock.”

Vesna shakes her head. “I know,” she says. “I did too.” She slides her teacup onto the stand beside her, next to the photograph of Antonija and Vojislav. Vojislav is Antonija’s son, a handsome man. He’s all she has left. Antonija waits for Vojislav, nand Vesna waits for Zelijko, her husband. They wait and watch the television, day after day.

Vesna shifts in her chair and clears her throat. Antonija stares at the television. She presses her toes into the old, brown rug.

“The blonde American is back again,” Vesna says at last. “The one who told us about the little bubbles in the mud.”

Antonija thinks about the bubbles rising, an effervescence in the soupy mud. Methane gas. It told them everything. The workers who came to dig had titles. Forensic anthropologists. Some of them were women.

Vesna takes a little gasp of air and comes to kneel at Antonija’s feet. Over her head, Antonija watches the television. The blonde and the waterfall. So much water.

Vesna takes her hand. She holds it fast. “They found something. A piece of the sweater you made. The sweater with the snowflakes.” She waits.

At last, Antonija says, “He was wearing it.” She bows her head, and there’s her empty shoe. The cardboard has slipped. She sees the brown rug through the hole in her shoe. She takes her hand away and removes the badge she wears. She looks at it, at Vojislav, her son. They all wear picture badges of their men. The men were wounded, in the hospital. They were taken away. The BBC filmed the women, wearing the badges. The men disappeared, five years ago.

Antonija looks at Vojislav and rubs her thumb against the point of the badge’s pin. She can hardly feel it. “Am I the first?” she asks.

Vesna can hardly speak. “The very first,” she says.